TORONTO, Canada--Captain Canada Ian Millar, 71, who holds the record for most Olympic appearances by any athlete in any sport,was honored for his contributions to show jumping during the Royal Winter Fair following his retirement last May. 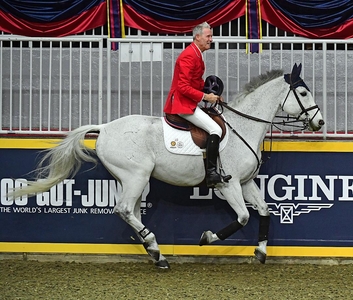 A member of Canada's 2012 Olympic Games team, he broke the record when he took part in his 10th Games in London 2012.

He operates "Millar Brooke Farm" near the small town of Perth, Ontario along with his children Jonathon Millar and Amy Millar, and daughter-in-law Kelly Soleau-Millar.

He is a  12 time winner of the Canadian Show Jumping Championship, has been a staple on the Canadian Equestrian Team for decades, and has amassed over $3.5 million in prize earnings at the prestigious Spruce Meadows venue in Calgary, Alberta.. 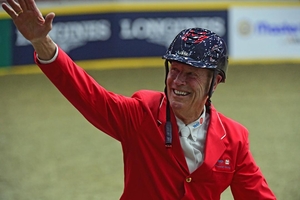 He holds the North American record for Grand Prix and Derby wins.

He was a member of every Canadian Equestrian Team at the Show Jumping World Championships from 1972 to 2014.

At the 2012 Summer Olympics, Millar competed at his 10th games, breaking the record set by Hubert Raudaschl.

On Aug. 18, at the 2008 Summer Olympics in Beijing, at the age of 61, Millar anchored his team that including Jill Henselwood, Eric Lamaze, and Mac Cone to a tie for first place.

Riding In Style, he completed a clean round to lead the Canadian team into a jump-off for gold with the United States. 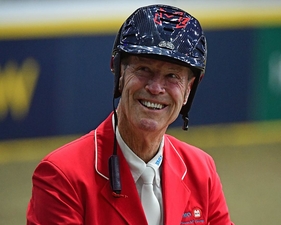 Ian Millar (Photo by Sarah E. Miller, MacMillan Photography)Millar was named to the 2012 Olympic team, making that appearance, his 10th, a record for any Olympic athlete's appearances at Olympics.

In the 2012 Olympics' Individual Jumping event, Millar finished in a three-way tie for 9th aboard his gelding Star Power, the best Canadian result.

In Team Jumping, Millar, along with fellow riders Jill Henselwood and Eric Lamaze, scored a fifth-place finish for Canada.

On Sept. 14, 2014, Millar won the $1.5 million International at Spruce Meadows on Dixson, who shares bloodlines with Big Ben, making it the third time he had won the class, having won previously in 1987 and 1991 with Big Ben.

On May 1, 2019, Millar announced his retirement from international competition to re-focus his attention on coaching and developing young horses.

He has a degree in Business Administration from Algonquin College and received an honorary doctorate from the University of Guelph.