Both competitions will serve as the main events of the Gothenburg Horse Show held at Scandinavium Arena in Gothenburg, Sweden.

The following U.S. dressage combinations will compete based on their results in FEI Dressage World Cup qualifying events from the North American League held throughout the 2018-2019 season: 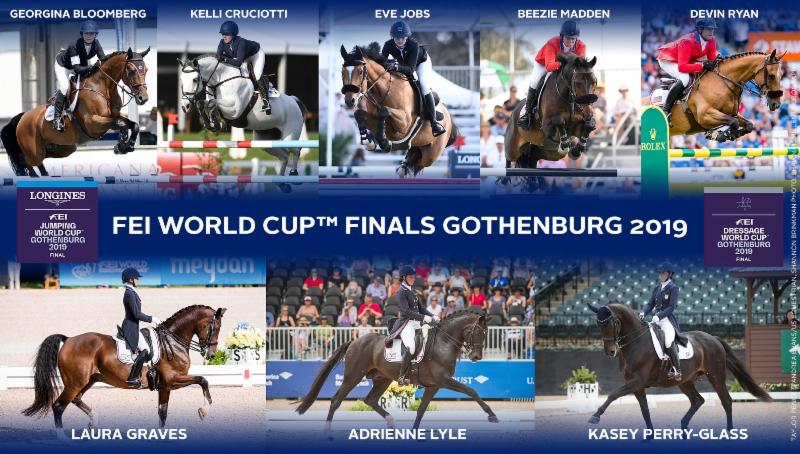 The following U.S. jumping combinations will compete based on their results in 2018-2019 FEI Jumping World Cup qualifying competitions from their respective leagues, listed in qualifying order: