US Equestrian has named the U.S. Show Jumping Team for the FEI Jumping Nations Cup competition at the Dublin Horse Show in Ireland on Friday, Aug. 10. 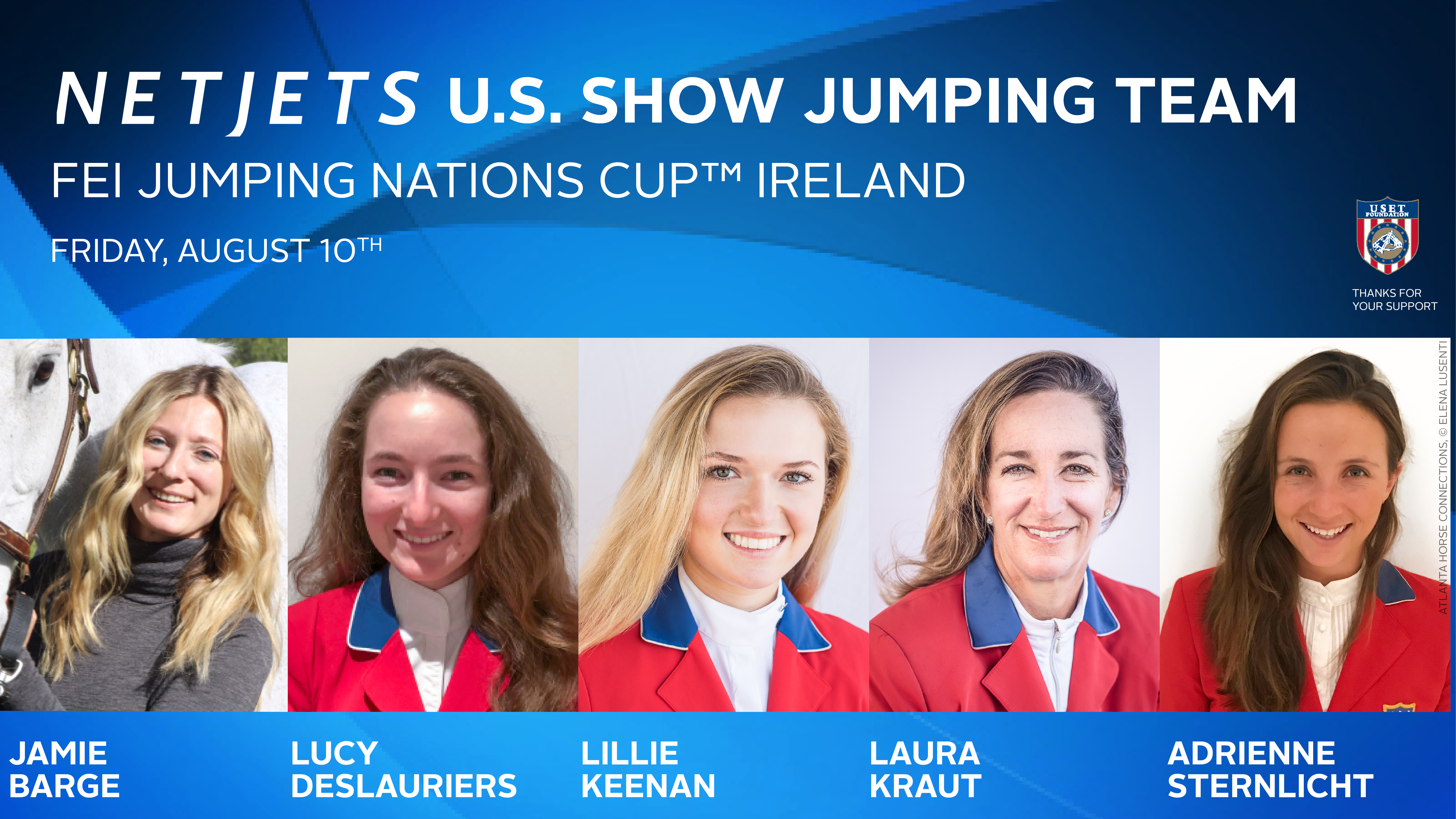 This event serves as a designated observation event for determining the 2018 U.S. Show Jumping Team for the FEI World Equestrian Games™ in Tryon, which will take place Sept. 11-23 in Mill Spring, N.C.

The following riders were named to the U.S. Show Jumping Team for CSIO5* Dublin (in alphabetical order):

They will compete under the guidance of Chef d’Equipe Robert Ridland.

She rode on the Nations Cup team in Langley, British Columbia, helping Team USA earn a spot in Nations Cup Final in Barcelone.

Deslauriers was awarded the Lionel Guerrand-Hermes Trophy by the United States Equestrian Team in 2016.

The award is for young riders who exemplify both sportsmanship and horsemanship.

She was sidelined for most of this year by a shoulder injury but rode on the nations Cup team in Langley, Canada, where she contributed a clean round with one time fault and a econd round score of four faults to be the best of the U.S. riders.

Keenan has been riding on Nations Cup teams since 2015.

Sternlicht made her Nations Cup debut in 2017 on Cristalline as part of the U.S. Team at the FEI Nations Cup CSIO4* Coapexpan in Mexico, where the team took the silver medal, missing the top spot by one point.

At the Langley CSIO4* in British Columbia, the pair were again an integral part of the U.S. Team that took second place in the FEI Nations Cup.

Kraut represented the United States at the Olympic Games, winning a gold medal in Beijing in 2008 and was a member of the silver medal WEG team at Aachen in 2006.