REPRINTED from The Bloodhorse

New Zealand artist Peter Williams, a familiar figure in the paddocks of the most famous racetracks in the world, has died at the age of 84 at his home in Goshen, Ky. 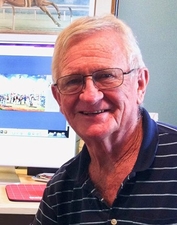 He had been battling the debilitating effects of Lyme disease and advancing dementia for several years before his death on Aug. 13, according to his family.

Born March 22, 1934, in Ruatoria, a small east coast village on the north island of New Zealand, Williams was brought up in the family business of raising livestock on expansive sheep stations near Gisbourne. His natural abilities has an artist were developed and fine-tuned at Hereworth School, Wanganui Collegiate School, and Canterbury School of Art.

As he began to win awards and land exhibitions in New Zealand and Australia, Quantus Airlines invited him as a guest on its inaugural 747 flight to the United States in 1971.

Ten years later he returned to the U.S. when a chance encounter with Richard Stone Reeves led to a commission to paint racing scenes and the beginning of a prolific career as an equine artist.

HE WAS widely considered to be the unofficial artist-in-residence at Churchill Downs, Keeneland, and Saratoga Race Course.

Williams is best known for his equine-themed work, but he was equally adept at painting landscapes, flowers, homes, vintage automobiles, cityscapes, nautical scenes, and figural compositions, always from life and always executed in oil.

He was commissioned by royalty, art collectors, and equine organizations around the world and was twice invited by Great Britain's Queen Elizabeth II to paint the Sandringham Estate Carriage Trials.

While Kentucky was Williams' adopted home for more than 25 years, there was no mistaking his New Zealand origins.

He chose to host a retrospective exhibit in his homeland in November 2012 for the launch of a book Peter Williams Retrospective: Paintings and People Dear to Me. He had dozens of one-man shows and exhibitions in New Zealand, England, Australia, and the U.S.

Williams' family said he loved life and had a terrific sense of humor. Despite being very well known as an artist, when introductions were made he often quipped he was an unemployed sheepherder from New Zealand.

As talented as he was, his greatest gift was his penchant for friendship. No one worked harder at staying in touch with his friends and family. He treasured each relationship equally and was a world-class friend to many, according to those closest to him.

Williams is survived by his loving best friend, Lee Anne Fahey; eldest son Harold (Janet) Williams; his son Tom (Linda) Williams; and daughter Belinda Pridham and her partner Pam. He is also survived by his six grandchildren: Jemma and Toby Williams, Olivia and Jerome Williams and Jesse and Tillie Pridham and many nieces and nephews all of whom reside in New Zealand.

A celebration of Williams' life will be held to coincide with an opening reception for his upcoming exhibition, "Peter Williams: Painted from Life," at the Headley Whitney Museum near Lexington Sept. 7 from 6.30-8:30 p.m.