Cheltenham Gold Cup favourite Presenting Percy could now head straight to the Cheltenham Festival next month without another outing after he wasn’t declared for the Grade One Red Mills Chase at Gowran Park.

Last season’s impressive winner of the RSA Chase has featured just once in the 2018/19 National Hunt campaign which was a hurdles contest at Gowran Park in January. He was expected to return to the same track this month but connections have opted against running their horse in the race he won 12 months ago. 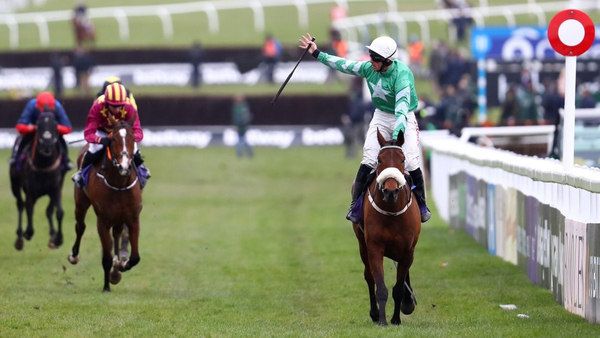 The eight-year-old is out to +350 with the bookmakers for the Gold Cup but he remains the market leader, a position he has held for the majority of the campaign so far. Those backing him may even get a bigger price on the day of the race and a free bet as there are a number of offers on the meeting, as listed by Oddschecker who have reviewed the best of them.

CONNECTIONS will be hoping Presenting Percy reproduces his run in the RSA Chase of 2018 as he blew his rivals away over the slightly shorter tip of 3m. The encouraging thing about that performance for supporters of the Irish horse is that he was staying on so strongly up the hill at Cheltenham which suggests the 3m2f distance will suit him perfectly.

Irish trainer Willie Mullins has had so much success at the Cheltenham Festival over the last few years, however, he is still bidding for his maiden success in the Cheltenham Gold Cup. Mullins’ best chance this year appears to be with Kemboy who is +700 in the betting for the Blue Riband contest of the meeting. 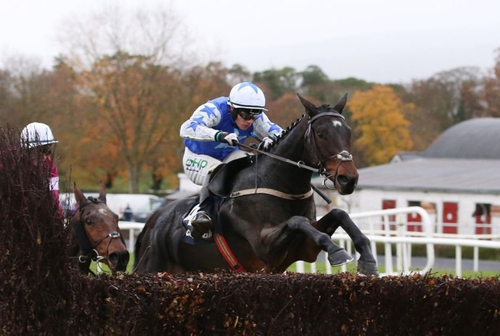 At The Races via TwitterThis will be Kemboy’s third appearance at the festival this year where he is seeking his first victory. He was fourth last year in the JLT Novices’ Chase, which was won by Shattered Love. Since stepping up in distance, he has found an improvement in his form, as he has a 100% record this season.

Kemboy started out in the Clonmel Oil Chase back in November, where he made a winning return to action. He then featured in the Grade One Savills Chase at Leopardstown during their festive meeting, proving his class at the top level in a field which included Road To Respect and Monalee. As a result of his latest success, connections have since been preparing for a shot at the Gold Cup, where he is a leading contender in what is an open race this year.