Australian racing fans have been truly spoilt over the last few years. Sports enthusiasts in the Southern Hemisphere have been lucky enough to witness wonder-mare Winx in her pomp and despite her advancing years, the eight-year old still appears to have plenty left in the tank. The daugher of Street Cry's 2019 debut is yet to be confirmed but connections are expecting another twelve months of all-conquering displays on the turf. 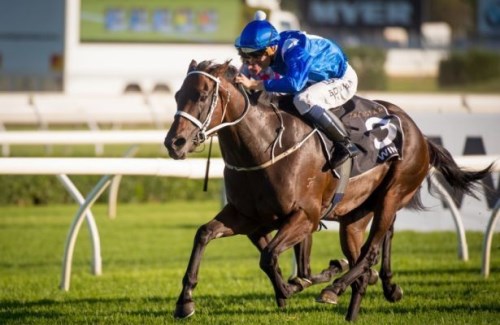 Source: Susie Blackman via Twitter
Winx's record is absolutely astonishing and she's written herself into racing history having dominated down under since mid-2015. She hasn't been defeated for almost four years, winning 33 of her 39 outings and securing the Cox Plate for four consecutive seasons. She confirmed her status as a sporting superstar with her fourth victory in the prestigious race at Moonee Valley on October 28th when she finished two lengths ahead of British raider Benbatl. Despite scepticism pre-race, Winx displayed all the hallmarks of a true champion when she steered herself clear of the field to secure the 22nd Group Race of her remarkable career. No other thoroughbred has won the race on four consecutive occasions and she is likely to return to Melbourne to defend her crown later in 2019.

JOCKEY Hugh Bowman told reporters that he is "...proud to be part of this amazing story" and he is likely to partner Winx once again this year.

Speculation has been rife about her imminent retirement with many racing fans on social media suggesting that connections will be keen to end on a high note but trainer Chris Waller admitted that he is taking it race-by-race and she is highly likely to take part in February's Apollo Stakes at Randwick. The George Ryder Stakes and the Rosehill could also follow but they may opt to reduce Winx's commitments as she enters her final season on the racetrack. Those fans who were worried that they would not get to see Winx in action again will have had those fears allayed by Waller's recent assessment of his superstar. The Sydney trainer told reporters that she is in "excellent condition both physically and mentally" and strongly hinted at the possibility of another outing in the near future.

Despite being linked with an appearance in the $5million Flemington All-Star Mile, Waller suggested that connections would prefer her to compete locally and she looks destined to end her career in Sydney. The sport appears to be in rude health at the moment and the Sydney racing scene is particularly strong. There are a number of top-class contests taking place each year including the Group 2 Villiers Stakes which was won by Sky Boy in 2018, who made it five wins on the trot, as predicted by Oddschecker. It is augmented by the Everest which is currently the richest race in Australia and is the feature race of the Sydney Spring Carnival. The recent announcement that a new race will be added to the calendar in 2019 and will carry a prize pot of $7.5million has further enhanced the notion that the sport is enjoying a rejuvenation in the Southern Hemisphere. 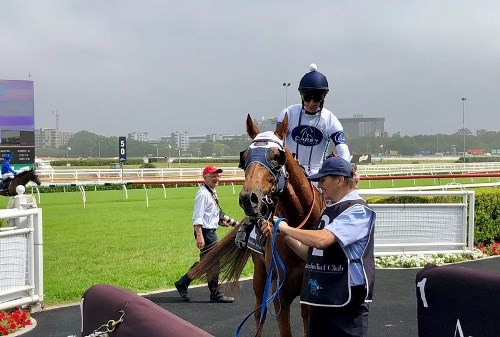 Source: Bjorn Baker Racing via TwitterWinx has enjoyed plenty of success at Randwick with recent victories in the Group 1 Colgate Optic White Stakes and the appropriately named Winx Stakes back in mid-August. Her first run of 2018 saw her secure the Chipping Norton Stakes in March and she is likely to take a similar path once again this time around. Unsurprisingly, she has been successful at a number of racetracks including Flemington, Rosehill and Caulfield and she will be hard to stop in 2019. She is likely to be fully revved up once again and racing fans in Europe are likely to be watching her upcoming performances through bleary eyes.

Her appeal extends beyond Australia and this was confirmed when she was awarded the 2018 Secretariats Vox Populi Award, as voted for by an American audience. She saw off the challenge of 2018 Triple Crown winner Justify and Breeders Cup Classic winner Accelerate and connections will collect the award at Santa Anita Park later this month. The accolade recognizes excellence and popularity and Winx was a deserved winner. She joins an exclusive list of names including California Chrome and American Pharoah who have also been successful in this field.

One criticism that has been levelled at Winx's connections is that they have never tested her outside of Australia. She was heavily rumoured to be heading for Royal Ascot last year but they opted to remain in Sydney to give the horse a 126-day break. A handful of critics have suggested that she cannot be deemed a 'true sporting great' if she hasn't been truly tested outside of her comfort zone. There was plenty of excitement at the prospect of a European run but Chris Waller and his team had already carefully mapped out her route and that didn't include a trip to Berkshire. 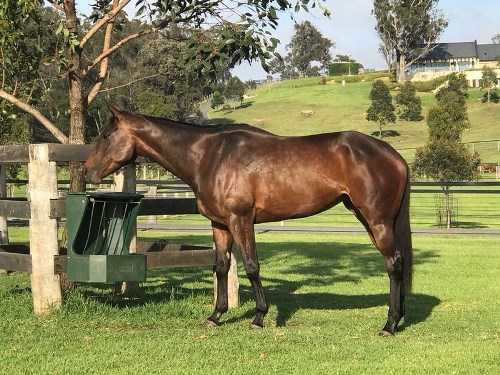 Source: Winx (Official) via TwitterWinx has truly captured the imagination of the public and whatever happens in 2019, she will always be remembered for her consistency and remarkable acceleration in the final furlong. Connections are hoping she can continue to set records over the next twelve months and the betting public appear to be very confident that she can clock up a 30th consecutive racecourse victory. Chris Waller expressed his admiration for his charge and told fans that "we fully appreciate all of the support that she has had throughout her career".

Bookmakers aren't taking any chances and she is already odds-on for the Queen Elizabeth and the All-Star Mile despite being extremely unlikely to be entered for the latter. She is also the early favourite in the betting to make it five consecutive Cox Plates and it's almost impossible to dismiss her chances of achieving that feat.

Social media users will continue to speculate about her future but connections will have the final say and, at the time of writing, they appear to be extremely satisfied with her well-being. The Sydney racing circuit may never see another horse dominate the headlines as frequently but she has significantly raised the profile of the sport and she still appears to have plenty to offer. Winx looks set for a racecourse return this year and racing fans worldwide are readying themselves for another explosive performance from the eight-year-old. She is one-of-a-kind and Australian racegoers can feel extremely privileged to have seen her in the flesh.

She looks likely to continue to send records tumbling and dominate the sport for at least another six months and although retirement may be on the horizon, Winx is far from finished and is highly likely to be taking to the turf again in February.