The Delaware Valley Point-to-Point Association's spring meets begins on Sunday, March 24 with The Foxhall Farm Team Race in which teams of three riders that have hunted the current season with an organized hunt compete over a flagged course. 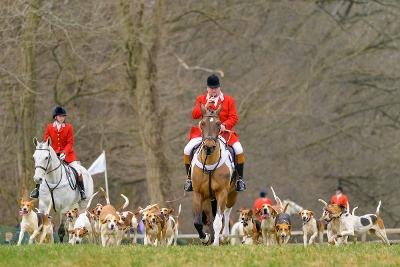 Cheshire Point-to-Point on March 31 is the first of three meets in which riders compete for series end awards.

Top trainers and riders used the Delaware Valley races as early preps for My Lady's Manor, the Grand National and the Maryland Hunt cup.

CHESHIRE. located at Plantation Field,  has a brand new course, all of which can be seen from the hillside.

Gates will open at 10:00 a.m with paddock time for the first of three pony races at 11:00 am followed by a junior race and four exciting timber races.

The gates open at 11 a.m. at the Myrick Conservation Center at 1760 Unionville-Wawaset Road in Pocopson Township.

Brandywine, the oldest of the meets, has pony races including the youngest riders with stick pony races and lead lines.

Throughout the afternoon the races that follow include five over timber: ladies, novice, heavyweight, open and foxhunter.

There's also a parade of the Radnor Hunt hounds.

To celebrate Easter, there will be an Easter Egg Hunt and other activities for children.