U.S. team for Mexico Nations Cup on May 5

It will be the U.S. team of Alex Granato, Eve Jobs, Nicole Simpson, and Richard Spooner who must collect desirable points to put the U.S. in a comfortable position heading into FEI Jumping Nations Cup Canada.

To do so, Chef d’Equipe Robert Ridland will need dependable riding as they go up against Canada and Mexico when competition gets underway at 1:00 p.m. EDT. 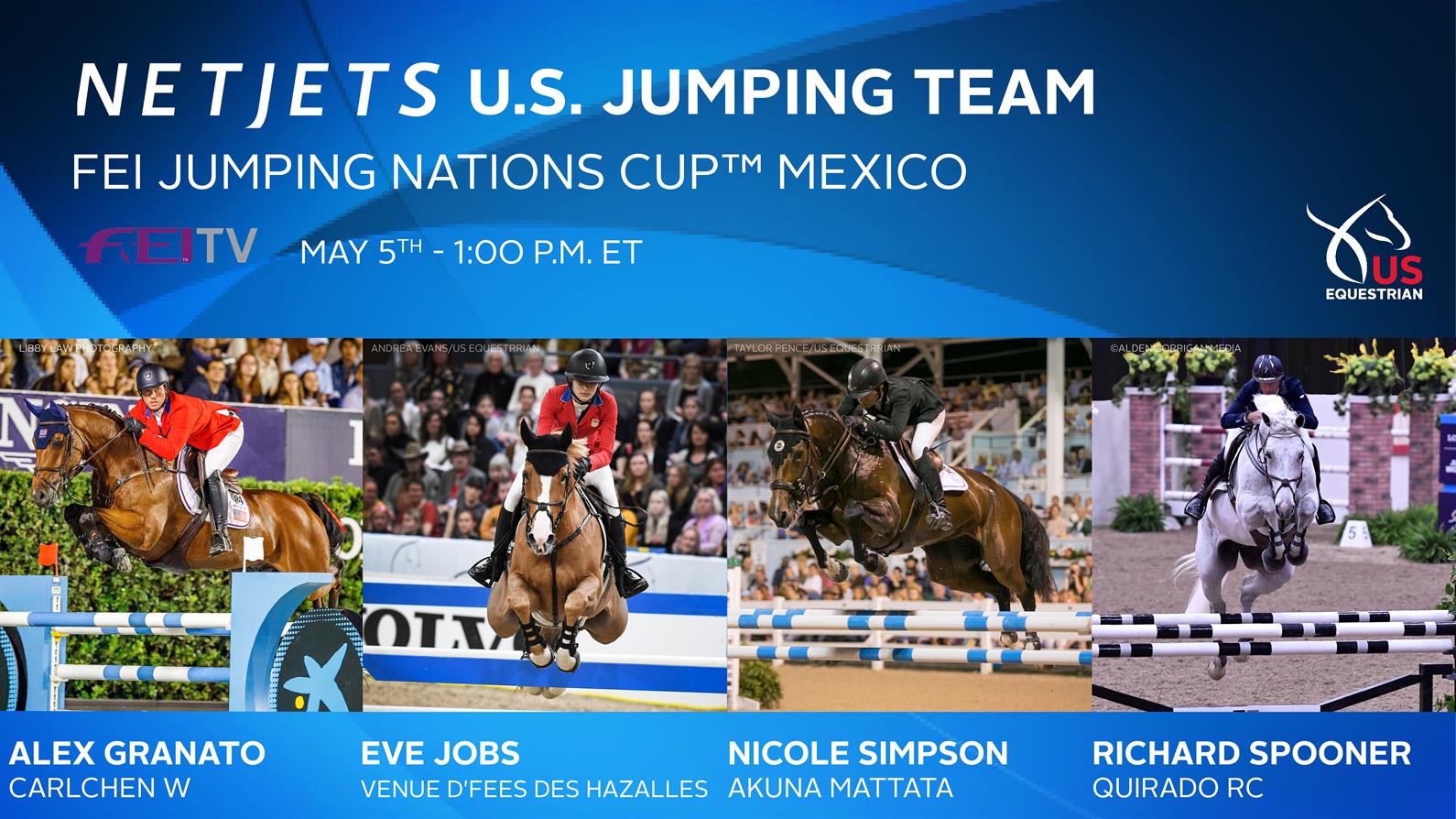 FEI TV will live stream the competition beginning at 1:00 p.m. EDT on Sunday.

A subscription is required. For order of go and results, visit longinestiming.com.